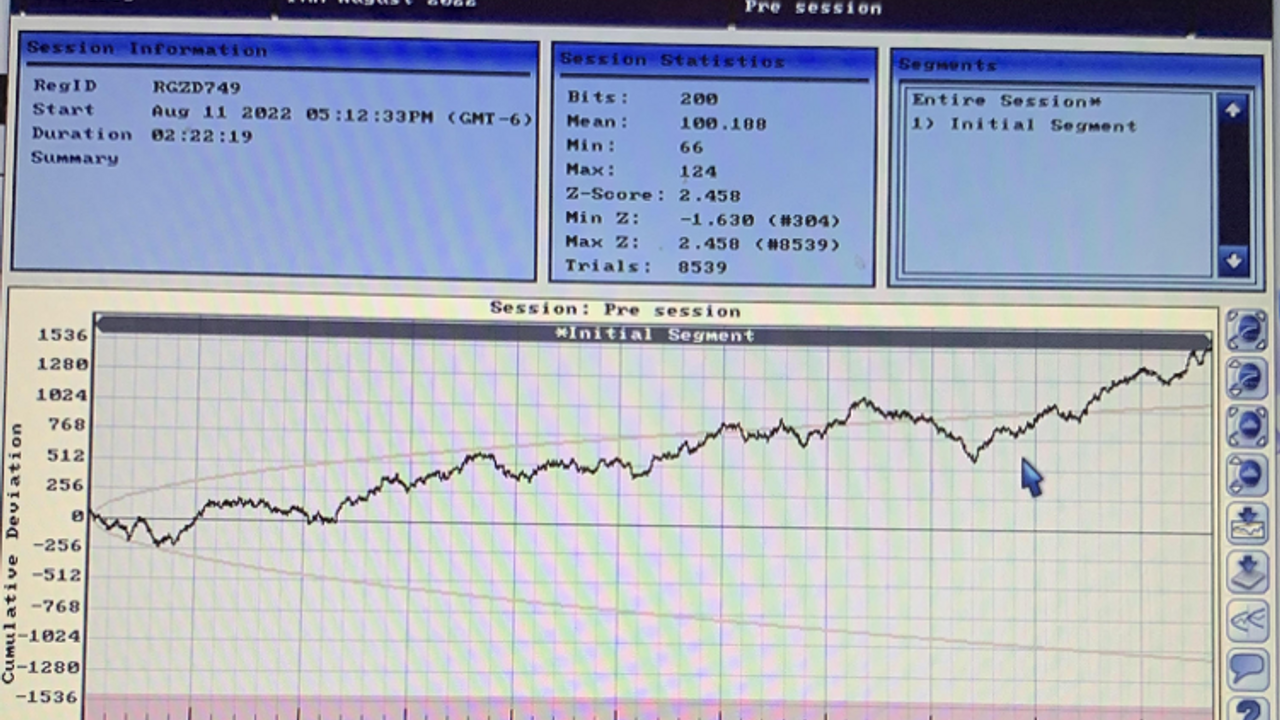 I’m excited to share with you results of an experiment I conducted during UPLIFTED HUMAN's August 2022 Full Moon Meditation. Before the meditation, I asked the group to form an intention to influence the output of a Random Event Generator (REG).

The purpose of the experiment was to understand how the energy created as a group influences the outcome of random events. In other words, how strong is “mind over matter” when we blend our energies in synchronous ways?

For those unfamiliar with an REG, it is simply an electronic coin flipper that spits out a series of numbers 1s and 0s, just like heads or tails on a coin.  Mathematically, the law of averages indicate that when you flip a coin thousands of times, you expect heads to appear 50% of the time and tails to appear 50% of the time. We take notice when there is significant deviation from the expected average, and this deviation can be measured statistically.

Prior to the meditation, we held a vision for the line on the chart to go up and to the right, like an ascending escalator. Mathematically, we were asking for the REG to output well more 1s "heads" than 0s "tails."

Not only did the line go up as we intended, the impact was statistically significant, meaning that the result was beyond mere chance.  In fact, the upper right hand part of the graph shows the line was literally trending off the charts, continuing its upper right trajectory.  Having run many of these trials before, I can say with confidence that this result can be best described as "I can't make this stuff up, even if I wanted to."

Certain principles and conditions need to be met for this to happen, and I've integrated learnings of what worked and hasn't worked across intention groups I've led throughout the years. Stay tuned on UPLIFTED HUMAN's EVENTS page for the next event that amplifies the power of group intention.